Of the Abyss: Mancer: Book One (Mancer Trilogy #1) (Mass Market) 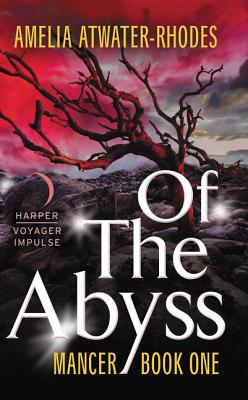 Of the Abyss: Mancer: Book One (Mancer Trilogy #1) (Mass Market)

This is book number 1 in the Mancer Trilogy series.

"A dark, expansive fantasy universe opens on an all-too-familiar dystopia of repression in what begins my favourite series. Exploring modern questions of democracy, freedom, and oppression with a queer cast of characters who are diverse in their backgrounds and convictions, this epic narrative is vibrant and thoughtfully built."

After decades of strife, peace has finally been achieved in Kavet—but at a dark cost. Sorcery is outlawed, and anyone convicted of consorting with the beings of the other realms—the Abyssi and the Numini—is put to death. The only people who can even discuss such topics legally are the scholars of the Order of the Napthol, who give counsel when questions regarding the supernatural planes arise.

Hansa Viridian, a captain in the elite guard unit tasked with protecting Kavet from sorcery, has always led a respectable life. But when he is implicated in a sorcerer’s crimes, the only way to avoid execution is to turn to the Abyss for help—specifically, to a half-Abyssi man he’s sworn he hates, but whose physical attraction he cannot deny.

Hansa is only the first victim in a plot that eventually drags him, a sorcerer named Xaz, and a Sister of the Napthol named Cadmia into the depths of the Abyss, where their only hope of escape is to complete an infernal task that might cost them their lives.

AMELIA ATWATER-RHODES is the author of the Mancer Trilogy: Of the Abyss, Of the Divine, and Of the Mortal Realm. She is also the author of three YA series, Den of Shadows, The Kiesha’ra, and The Maeve’ra, which have been ALA Quick Picks for Young Adults, School Library Journal Best Books of the Year and VOYA Best Science Fiction, Fantasy, and Horror List Selections.